Music in My Mother’s House

I was talking with my friend Sandy Byer about aging and legacy, a topic that seems to come up more often these days. We were talking specifically about folk music. For many years Sandy was a singer, songwriter, and storyteller, and I have always found her material as well as her thoughts in the areas of performance to be cogent and perceptive. One topic between us was the many songs that have come down to us all from unknown singers and authors.

She made a surprising comment to me. “I can’t wait to be anonymous,” she said. She meant, I think, that she foresaw that her place and status and contributions to the ongoing oeuvre of folk music would become folded in the great cloud of these unknown singers and authors that have added their voices, verses, and melodies to our collective cultural gifts. She also meant it in a larger sense– losing the drive for status, identity, and recognition that seems to come with aging and, maybe, wisdom.

Artists have our own particular drives for status and recognition. It’s reputation, or in larger cases, fame that brings work and a living. It also feeds ego. We don’t usually strive to be anonymous in our work.

I would guess that most songwriters would like to have a hit. Or a lot of hits. I just finished Bobby Braddock’s biography. Bobby Braddock is a very successful songwriter in Nashville. He’s written songs like “Golden Ring” and “He Stopped Loving Her Today” as well as “Talk About Me” and many others that are familiar to country music lovers. It’s an engaging view into a life lived where creativity and commercial pressure meet. (You can hear about him in Malcolm Gladwell’s great podcast Revisionist History. There’s also a great episode about the song Hallelujah and different ways of thinking about creativity. I love this podcast a lot.)

Bobby Braddock and country hit songs are a long way from my world of folk or acoustic music. But it does make me reflect on my own songwriting and legacy. 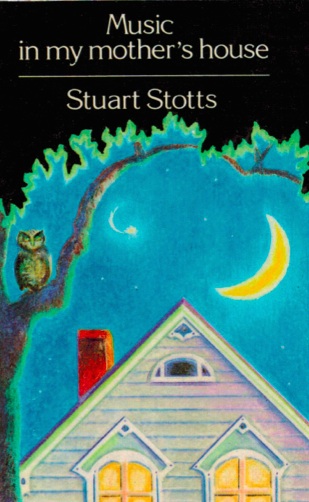 I have one hit, as it were, one song that’s been recorded thirty or forty times and crops up on youtube regularly. It’s “Music in My Mother’s House.” Now, when I say hit, in this case, it’s a tiny apostrophe in the world of music. It wouldn’t even be a street sweeper in any kind of hit parade, and the royalties over thirty years aren’t enough to buy a basic used car. But, nevertheless, it’s a song that others have taken on in a way that has moved far beyond me.

Here’s the story of the song.

I began my folksinging journey with my friend Laurie Ellen Neustadt. Laurie was a soulful and at times heart-rending singer. Passionate, political, and powerful, Laurie and I became best friends and musical partners. She died in 1999, and it was a huge loss to me and to those who knew her.

In the early years, Laurie and I performed a lot in senior centers and nursing homes. We sang a mix of original songs and old time sing-along songs, like “Let Me Call You Sweetheart” and “When You’re Smiling.” We could usually make 25 or even 50 dollars for a gig, and we both had an affinity for older folks. We recognized how they are neglected, (anonymous in a way) and that they were hungry for anything authentic, like live music. Along the way, we also heard stories of people’s lives. I wrote a number of songs based on people’s reminiscences and comments.

One night in November we were playing at what was then the Methodist Health Center in downtown Madison. As we were getting ready, one old woman in a wheel chair was talking to me about music in her mother’s house when she was growing up. Her name was Faye, and she had actually been a client of Laurie’s some years before at an aging facility. (Laurie’s day job was Occupational Therapy Assistant.)

Faye’s words stuck with me. The next day I was on the bus to my day job and the song came. I wrote it down on the proverbial scraps of paper, entered it into my song journal later that night, and forgot about it.

At that time, I had a tradition  on my birthday of playing all the songs I’d written during the year. I’d invite friends over, serve them cake, and make them listen to me play for a set or two. It was a gift to me, to just have their attention and love for that time.

That year, I was singing to my friends on my porch. I had two sets planned. (My friends must have loved me a lot.) I had a list next to me. Just before I took a break, I looked down and I’d written “Music in My Mother’s House.” I was going to skip it, as I thought it was nothing to pay attention to, but I decided I’d go ahead and play it.

The reaction was instantaneous. Several people came up to me in the break and remarked on what a great song it was. I had no idea.

Lynn Fendler took the song to the women’s choir Womonsong, and they embraced it. Laurie and I began singing it and people liked it. There were even some audience members in aging facilities who told me that they had enjoyed singing that song when they were young.

For some reason, the song tapped into a deep well. It wasn’t a matter of skill or style or even work on my part. It just appeared because I was listening. I never exercised any craft, and I don’t think I really edited it. It was only years later that I realized in the last verse I had rhymed  ‘away’ with ‘away’, which even in my moderate concern for songwriting standards I would have never allowed to consciously pass.

Laurie gave the song to Ronnie Gilbert of Weavers fame. She began to sing it around the country and eventually recorded it. She even sang it at her mother’s funeral. Choirs began to sing and record it. So did a whole variety of folk singers. I regularly hear from folks who sing it in their song circles or at funerals or on Mother’s Day. I’ve also heard people sing the song at events who have no idea that I wrote it.

Joni Mitchell was once asked about her more popular songs like “Clouds” or “Circle Game.” She replied that they were simply the most gregarious of her children, but she didn’t love the others any less. This seems true. There are many other songs of mine I like more, but I am grateful the universe delivered this one into my hands. It was an act of grace.

So the song is out there, and I believe it is my shot at joining the ranks of the unknown. One branch of my art form is group singing. I’ve always written songs with an eye for others to sing, and some of those songs are meant for groups. I think that, assuming people continue to sing together, “Music in My Mother’s House” will still be sung 100 years from now in certain limited situations. It may be altered, but I am quite certain no one will know or acknowledge at those times who wrote it.

I will be anonymous, or perhaps, anonymous’s close kin, Trad.

Here’s one version of the song.

6 Responses to Music in My Mother’s House